Child Custody in NC: What You Need to Know

When it comes to determining child custody in NC, there are many factors to consider and decisions to be made. The child custody process in North Carolina can often be a confusing one for parents, as statutory law does not define well all the many facets of custody. 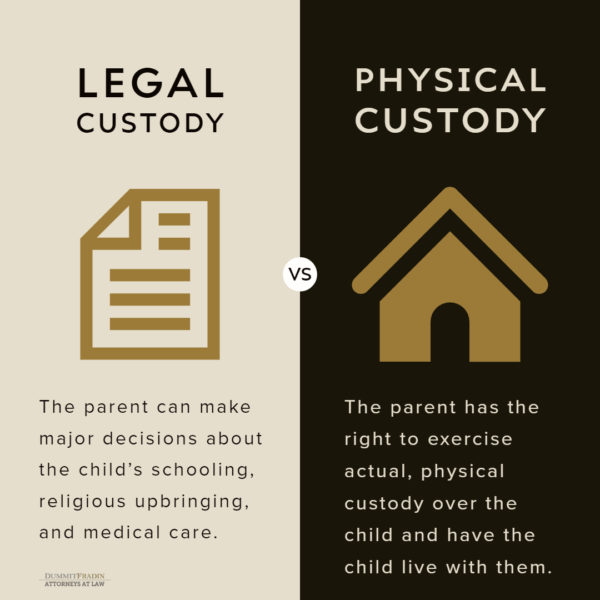 In North Carolina, Courts will determine custody based on what is in the “best interests of the child.”

The best interests standard can be hard to define in many situations. Yet, some of the most common factors considered in this analysis by the Courts are:

It is important to remember that the child’s best interest is determined by considering many factors related to the child’s circumstances, the parent or caregiver’s circumstances and their capacity to parent. Above all, the child’s ultimate safety and happiness is the paramount concern.

In North Carolina, it is becoming more and more common for parents to get joint physical and legal custody of a child. With joint custody, each parent has equal physical custody time with the child and equal decision-making authority for major decisions affecting the child’s life. Additionally, there has been a recent trend among North Carolina Courts, toward ordering a “week-on-week-off” custody schedule for parents who are to share joint physical custody. In other words, the child or children will spend one week at one parent’s house and one week at the other parent’s house.

Nowadays, most courts prefer to order joint custody. Yet, sometimes it is in the best interest of the child that one parent is granted primary custody of the child. When one parent has primary custody of a child, the other parent usually gets visitation privileges. Except in extraordinary circumstances, it is healthy and often encouraged for the child to have regular contact with the non-custodial parent.

Not all custody determinations need to be made in the courtroom by a judge. A Child Custody Consent Order may be entered into by the parties outside of court instead. A consent order is essentially an agreement between the parents, i.e., without a trial. In this consent order, they state what type of custody each parent will exercise. The parties can address the type of schedule that will be followed on a day to day basis, as well as, the schedule that will be observed on holidays and special occasions.

Even if a lawsuit has already been filed, the two parties may come together to agree and subsequently ask the court to approve their agreement. The agreement almost always will be approved and thus become a binding agreement that can be enforced by the court. The form of the custody determination — strictly agreement or order — may make some difference. Each is enforced differently and treated differently if a change in custody or visitation needs to be made in the future.

Have More Questions About Child Custody in NC?

Child custody is an important and often emotional process when going through a divorce. If you or a loved one is caught in an ugly custody battle or just needs some advice, call Dummit Fradin to speak with one of our experienced family law attorneys. We have offices located in Winston-Salem, Greensboro, and High Point.