Get an experienced, dependable and caring legal team on your side. Our law firm can help you with all types of family law issues from divorce to child custody. Contact us today for a consultation with a family law attorney in North Carolina.

Get an experienced, dependable, and caring legal team on your side. Contact us today for a consultation with a family law attorney in North Carolina.

Request a Consultation
Or Call Now

There’s no better feeling than finding a family law attorney that you can trust with your family’s future. At Dummit Fradin, we take this responsibility very seriously. Our experienced family lawyers will work with you from day one to create a customized plan of action with your goals in mind. We’ll stay by your side through the entire process so you’ll never feel lost or alone.

Contact us today to schedule a consultation with a family law attorney near you. We have offices in Winston-Salem, Greensboro, and High Point.

Jessica CulverAttorney
Leading up our family law team in Greensboro is Attorney Jessica Culver. Ms. Culver’s experience in litigation and settlement resolutions will be invaluable to your case.
Erica JacksonAttorney
Leading up our Winston-Salem Family law team is Attorney Erica Jackson. Ms. Jackson is an experienced trial lawyer that will hit hard when your case needs it. 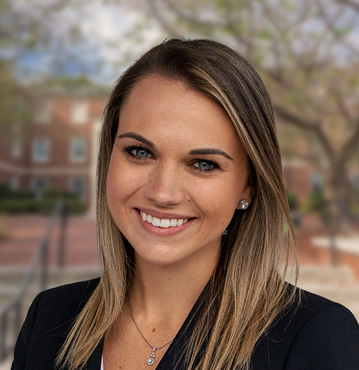 Alexandra HaileAttorney
Alexandra Haile is a family law attorney in Winston-Salem, NC. She has the determination you need on your side. Contact her today to get started.

What does a family lawyer do?

Our lawyers are dedicated to helping you understand how NC family laws affect you and walk you through any process step-by-step.

Below, you can learn more about our family services.

Importantly, North Carolina is a “no-fault” divorce state; meaning that factors such as infidelity or abandonment are not considered for the purpose of actually securing a divorce. The only requirements are that the parties had a valid marriage, have been separated for one year or more and that at least one party is a resident of North Carolina for six or more months prior to filing for divorce.

A divorce, in and of itself, does not allow the court to consider other issues like:

These are separate matters that you’ll need to discuss with your family law attorney.

Spouses often confuse the meaning of the term “separation” and often inquire about “legal separation.” Physical separation, meaning the parties no longer reside in the same residence and at least one party intends to end the marital relationship, starts the one-year statutory separation period. No formal documents are required to establish that a husband and wife are separated.

Yet, in many cases, a separation agreement can be used to resolve most of the marital issues that are a result of a separation without the necessity of litigation. These include child custody and visitation, spousal support, and property distribution. If you’d like to learn more about getting a separation agreement, contact our family lawyers today.

The Benefits of a Separation Agreement

Separation agreements can be done in contemplation of a couples’ separation or after the parties are living separate and apart.

Separation agreements have many advantages, as they avoid litigation and having a judge make the decisions. They put the power into the hands of the couple, who can reach an agreement on the terms of their separation and make the major decisions for their families and property. Separation agreements are enforceable by the courts through breach of contract claims. This can occur in various forms, including a claim for damages or specific performance for the other party to comply with the terms of the agreement.

Once a couple has been legally separated for at least one year, they are entitled, under N.C.G.S. § 50-6, to a divorce. A separation agreement can be incorporated into the divorce decree upon request of one of the parties in the divorce complaint. Once a divorce decree is entered incorporating a separation agreement, the agreement then becomes part of the court order and is enforceable as such by the courts.

If you’re debating whether a separation agreement is the best option for you, our family lawyers can help.

When a couple decides to get divorced, they need to divide their property, assets, and debts from one household into two. It’s best if the two people can reach an agreement of what to do with their property. The court will divide up your property if you cannot come to an agreement with your spouse. In these cases, it is critical that all the assets of the marriage be properly accounted for and valued. You divorce attorney will walk you through this process and protect your interests.

Under North Carolina Law there is a strong presumption that dividing the marital assets equally (50/50) is equitable. But, in many situations, there is a reason for the court to divide them unequally to make the situation equitable. You can do this with a voluntary agreement or through a claim for Equitable Distribution.

Perhaps the most contested area of family law and divorce involves child custody. When parents separate, they must still make decisions regarding their children. If the parents are not able to resolve the custody or financial support of their children, a judge will make this decision for them. It is important for parents to pick their family law attorney with care.
In most North Carolina counties, after filing for child custody, the parties need to attend mediation. Mediators are provided by the state. If parents are unable to reach an agreement in mediation, the legal system authorizes a district court judge to make a decision. The judge will decide who should have custody, how much visitation the non-custodial parent will have and how much child support the non-custodial parent will be obligated to pay. North Carolina law directs the courts to protect children until they reach the age of majority (usually age 18).
Generally speaking, parents should focus on the child’s welfare and interests. Ideally, parents should attempt to reach an agreement rather than going to litigation over custody. But, often parents are incapable of reaching an agreement and a judge must make the decision. Clearly, a family law attorney is important in these situations. Contact us today to request a  consultation with one of our qualified lawyers near you in Winston-Salem, Greensboro, or High Point.

The Guidelines will ultimately dictate each parents’ child support obligations. But, it is often a complex process to determine the parent’s incomes and which factors apply. It is important to have a family law attorney review your income and deductions to ensure that you are either receiving or paying the correct amount under the Guidelines.

If child support can be resolved amicably, it is beneficial to both the parents and the minor child and avoids the expense of litigation.

Alimony is money paid from the supporting spouse to the dependent spouse after a divorce. The money is meant to ease the transition and to help the dependent spouse keep the standard of living they enjoyed during the marriage. The amount and duration of alimony depends on a variety of factors. There is no “set formula” for alimony, but rather calculations that are generally accepted by the court to be reasonable amounts. For this reason, it is important to hire a knowledgeable and experienced family law attorney.

While grandparent rights and third party custody are rapidly evolving areas of family law matters in North Carolina, grandparent rights are currently quite limited. State law presumes that a child’s biological parents are the fit and proper persons to care for the minor child. In actuality, however, in many cases, this is not the case and grandparents and other family members step in to raise the children.

Grandparent (third party) rights are governed by N.C.G.S. 50-13.1, which provides that “any parent, relative, or other person, agency, organization, or institution claiming the right to custody of a minor child (who has not as yet attained the age of eighteen years) may institute an action or proceeding for the custody of such child.” In order for a grandparent or third party to be awarded custody of a child, the grandparent/third party must show that the biological parents are either unfit and/or have acted inconsistent with their constitutionally protected rights as parents.

Alternatively, if there is an ongoing child custody dispute between the parents, grandparents may request to intervene in that lawsuit and ask for custody or visitation. This option is only available where the mother and father have already started a lawsuit. In each of these cases, it is important to hire an attorney who can communicate the needs and desires of your particular situation.

In North Carolina, there is no presumption as to which parent is more fit. Both parents are deemed to be fit and capable of caring for their children. Child custody is determined based on the best interests of the children. Both parents are afforded the opportunity to present to the court why they would be a fit parent. Factors the court considers include the safety of the children and acts of domestic violence. However, a judge may consider any factor that he or she deems relevant to the best interest of the child.

At Dummit Fradin, we have a long history of fighting for equal rights for our clients, including men in child custody and child support cases. That means we will seek a fair arrangement allowing for joint legal and physical custody for fathers. While it may seem like you have an uphill battle, trust in our family lawyers to fight for you.

We want you to be able to make an informed decision. That’s why we’ve taken the time to curate a family law blog that covers various topics from divorce to child support. We also understand that hiring a family lawyer isn’t feasable for everyone. In these cases, Legal Aid of NC is often a great free resource.

To learn more about family law matters, visit out blog.

Does the NC Stay at Home Order Impact My Custody Order?

Many parents are concerned about how the current Stay at Home Order will affect their current custody order or agreement. Should they suspend one parent’s visitation? Will they be charged criminally for leaving their homes [...]

Is Cohabitation Before Marriage Illegal in NC?