Recently, a hot topic of discussion in Criminal Defense Law is how to judge a driver’s impairment after consuming marijuana or cannabis. This topic has gained traction as several states throughout the United States have begun to legalize cannabis for recreational and medicinal use. As marijuana is decriminalized, the presence of the odor of marijuana will likely lose its status as a de facto probable cause to search and is not any real evidence for intoxication.

The NIJ Study on Field Sobriety Tests and Marijuana Impairment

Determining that a driver is appreciably impaired by cannabis to qualify as a legal standard for impairment is increasingly hard. The traditional field tests appear to come up short. A recent study from the National Institute of Justice casts doubt on current police methodologies concerning Standard Field Sobriety Testing used for alcohol and other substance-based DWIs. Further, the concentration of THC, the primary psychoactive component of cannabis, is not necessarily determinative of impairment for purposes of a DWI as it can stay in your system long after any impairing effects have dissipated. 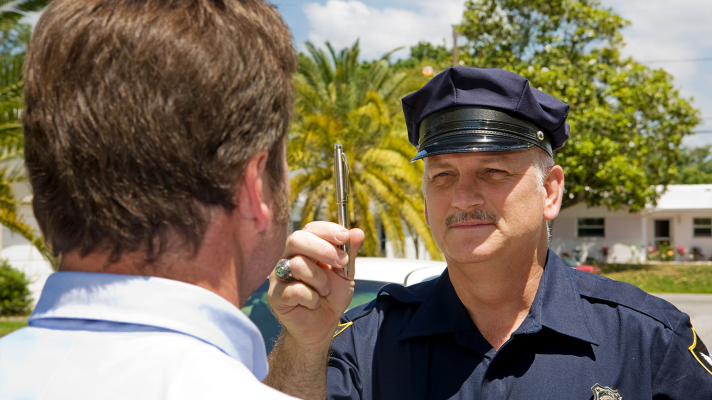 One of the primary scientific tests conducted by Law Enforcement to determine probable cause for a DWI arrest is called the Horizontal Gaze Nystagmus Test. This test measures the involuntary muscle twitch caused by inadequate tracking of a single point. For a person impaired by alcohol, this twitch manifests as jerking of the eye during the transition of sight rather than a smooth pursuit. During the National Institute of Justice study conducted by RTI International, they used a machine to track the muscles of the eye, the pupil dilation, and the jerking at the outer edges of the peripheral vision before and after consumption of cannabis. The study demonstrated that across several different dosing levels using various methods of ingestion, there was no discernible difference in the nystagmus of the eye between the two sample data sets taken. This key observation essentially invalidates one of the most effective methods by law enforcement to determine probable cause of marijuana impairment. Yet it will take substantial litigation to wind its way through the court systems since bad science has such a stronghold.

Next, the study analyzed other subjective tests including the one-leg stand, walk and turn, and modified Romberg balance tests. These tests are the central pillar of field sobriety testing for police officers to establish the Appreciable Impairment standard for a DWI. Appreciable impairment is another method of establishing whether a driver was impaired at the time of an arrest. This method allows a police officer to use subjective clues of impairment rather than the more scientific blood alcohol concentration tests determined using a breathalyzer or blood draw. This standard is far more important for a DWI arrest executed under suspicion of impairment from the use of cannabis because there are no current scientific methodologies to determine the precise level of impairment. According to the study, there was no discernible difference in performance between pre- and post-dosing of cannabis. The test subjects were able to perform identically without regard to the level of impairment. This study casts doubt on the reliability of these subjective tests. But again, it will take years of fighting and more expert testimony to begin to equalize the mythology which has built up around these subjective tests.

In response, many states have begun to use a system of strict liability for cannabis. Essentially, if there is THC in your blood at all, the state will not need to prove impairment. There will be an automatic assumption that you were impaired at the time of the arrest given that there was THC in your blood. Obviously, this is heavily advantageous to any prosecutor where this type of system develops; however, there are significant issues concerning this practice – especially if cannabis becomes legalized in a locality employing a scheme such as this. Fortunately, North Carolina has not adopted such a draconian measure.

According to the study conducted by the National Institute of Justice, the toxicology reports obtained from the test subjects using varying levels of THC with various types of ingestion determined that the concentration in the blood of subjects was not indicative of their level of impairment at the time. For instance, a person that consumed an edible form of cannabis would show almost no signs of impairment at the one-hour mark after ingestion. Yet, after five hours, the THC levels would be nearly triple the amount of a person who inhaled the same substance. Additionally, a person who inhaled cannabis would have peak inebriation at approximately two to three hours after consumption. However, they would still have elevated THC levels in their bloodstream at the five-hour mark. These reports cast immense doubt on the usage of blood or urine tests as accurate determinations of the level of impairment a driver was under at the time.

Together, these findings prove three distinct dilemmas. First, the current testing processes employed by law enforcement for different types of impairment are and will continue to be inadequate to determine marijuana impairment. Second, blood and urine testing will also be inadequate as proof of impairment for cannabis due to the concentration in the samples not being determinative of current or future impairment levels. Third, given this ambiguity, it is unlikely that many states have a clear answer as to how to prevent and test for impaired driving under the influence of cannabis.

How do these findings affect a marijuana DWI case?

What does this mean for drivers who are arrested and charged for a DWI after consuming marijuana? At first, likely not much. It will take years of additional scientific study and developing case law to begin to hammer out the legal nuances of THC impairment and its legal standard. However, it does give a ray of hope to those who are willing to fight and appeal DWI convictions based on these issues. At Dummit Fradin, we are committed to following the science and fighting for our client’s rights. We stay abreast of the current legal issues for an evidence-based approach to help our clients get the best outcome. This knowledge will help us craft appeals for these issues and hopefully introduce this new science into law. Contact us today if you’re facing a DWI charge in Winston-Salem, Greensboro, or High Point.